What does one of the prominent sportsbooks in New Jersey call it when MLB, the NBA, the NFL, and the NHL are all in action on the same day? A FanDuel “sports equinox” promotion provides the answer to that question.

Unless the Houston Astros or Washington Nationals sweep the 2019 World Series, such an equinox is imminent. All four leagues could have teams in action on Sunday, Oct. 27.

That’s five days away, and FanDuel Sportsbook is all in.

Though three of the leagues have games on Tuesday, Wednesday and Thursday nights, Sunday is the only opportunity for all four to be in action. That only applies if the World Series gets that far, however.

Game 5 of the World Series is scheduled for Sunday. That not only means the series needs to go at least five games but the weather in Washington, D.C., will have to cooperate as well. The home of the Nationals is an open-air stadium.

If the weather cooperates and Game 5 is played, the equinox will take place. It would mark only the 19th time in recorded sports history that such a day of sports occurs.

And FanDuel is marking the event already with a countdown clock and commercial.

That isn’t the only way FanDuel is marking the potential event, however. The sportsbook also has a massive free-to-play contest as well. 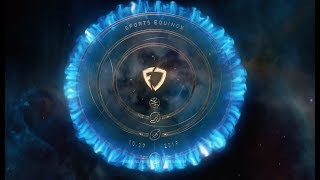 Between the four leagues, as many as 26 games could be played on Sunday. The FanDuel contest asks participants to simply pick the winner of all of those games. The prize pool is $270,000 but will grow. In fact, the current payout is $345,000.

That includes one MLB game, five NBA games, 13 NFL games, and seven NHL games. The 52 teams in action that day include New York teams in three of those four leagues (NBA, NFL, and NHL).

For FanDuel customers in New Jersey (or Pennsylvania or Indiana), the game is accessible through the FanDuel Sportsbook. For everyone else, you can play for free using the FanDuel fantasy sports site.

The large pot is appropriate given the odds. Because a World Series sweep would eliminate the equinox altogether, FanDuel lists the odds of the equinox actually happening at -1100.

Contestants only have to pick 20 of the 26 games correctly. Doing that will result in a share of the payout.

More importantly, should the World Series end in a sweep, and it’s only a partial sports equinox, the FanDuel contest will still go on as planned.

How to play the free FanDuel sports equinox pick’em contest

For anyone who wants to enter the contest, simply use your sportsbook or DFS credentials to log into the sports-equinox.com website. Submit your answers to all of the Oct. 27 moneyline bet questions.

There’s no reason to wait until Sunday to take advantage of some promotions, however. FanDuel has specials for the World Series that have shorter odds.

FanDuel odds boosts and props for the World Series

The most simple special for the World Series is a boost on the moneyline for the Nationals to win the World Series. That has gone from +200 up to +225 for New Jersey sports betting fans.

There is also a market on the score of the series. The positive odds range from +2300 on a Washington sweep to +290 on Houston winning in six games.

The big prize from FanDuel’s free-to-play pick’em contest depends on different teams in this series winning at least one of the first four games. If that happens, then the door opens to someone taking home a prize worth more than a quarter of a million dollars.