Licensed online gambling is now in into its third year in New Jersey, so it’s time for my annual tribute to Eric Idle and Monty Python: 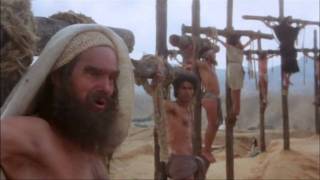 Last year’s sunshine and puppy dogs column focused exclusively on the regulatory successes of the industry. This year I’m widening the lens to also include the New Jersey online gaming industry’s growth and appeal.

[toc]Here are the three reasons why I’m even more bullish on the New Jersey online gaming market in 2016 than I was in 2015, and why you should be too.

3. From a regulatory perspective…

… New Jersey continues to be a Royal Flush.

Legal, licensed online gambling has been available in New Jersey for 27 months and counting, and there has yet to be a single scandal, or even the hushed whispers of a potential scandal. The strict safeguards put in place are doing the job, and any breaches have been minor, and limited in scope.

The sky is going to fall predictions by opponents of online gaming have not materialized.

Where breaches have occurred, or regulations broken, the New Jersey Division of Gaming Enforcement has identified and punished offenders, just as it does (with far greater frequency) when its brick and mortar casino charges breach the state’s rules.

In an interview with Gambling Insider, DGE chief David Rebuck expounded on the DGE’s role in overseeing online gaming in the Garden State. “The fraud protection devices worked fairly well,” Rebuck said of New Jersey’s online gaming regulations. “For those where we had suspicion of fraud, we have criminal investigations going on. That’s common in any business where you have financial transactions, but there has been nothing exorbitant in the number of cases.”

Bottom line: Up to this point, the DGE and the online gaming operators in New Jersey have checked off every box when it comes to consumer protections.

Despite the limited market size, there has been no shortage of new operators in New Jersey, demonstrating a firm belief that there is a future in the market. Among the sites that have come online are virgincasino.com, palacasino.com, resortscasino.com, and mohegansuncasino.com. There is also the soon-to-be-launched PokerStars online poker and online casino sites, and perhaps a Pala online poker site in the market’s future.

Compare this with the much smaller Nevada market, where only online poker is authorized, and you see a clear divergence.

After dozens of companies initially applied for an online poker license in Nevada, no one is contemplating getting involved, and the number of operators has shrunk from a peak of three (WSOP.com, Ultimate Poker, and Real Gaming) to just one, WSOP.com…. oh wait, Real Gaming still exists, it just has average traffic of zero players, according to PokerScout.com.

Bottom line: Despite being labeled a failure when it comes to revenue, the New Jersey online gaming market continues to attract companies which see the market as a solid investment.

1. The market continues to mature

The final reason you should be bullish on the New Jersey online gambling market is its continued maturation.

The numbers simply don’t lie, and New Jersey’s online gaming operators have bettered their monthly revenue total for 15 consecutive months. Furthermore, the market has set a new revenue record in each of the past three months.

If the launch of PokerStars can boost the state’s paltry online poker revenue numbers, and create a growth trend for online poker that mirrors online casino revenue, 2016 is going to be a very good year for New Jersey.

In addition to the aforementioned impending launch of PokerStars, the New Jersey market could be buoyed by:

All of these things have some chance of happening over the course of 2016, or further down the road, and if they come about it will only serve to bolster the New Jersey online gambling market.