The nightcap will see the San Francisco Giants visit the Los Angeles Dodgers. So the two teams New Jersey online sportsbooks have favored to win the championship (Dodgers and Yankees) will be in action.

But it’s certainly not the only headline worth talking about this week.

After months of waiting, the Caesars-Eldorado merger received a stamp of approval from the Garden State. What does it mean for the four Atlantic City casinos the company currently owns?

And speaking of AC, following a slight delay in plans, the MGM-owned Borgata is getting ready to welcome back customers.

Caesars-Eldorado merger is a done deal 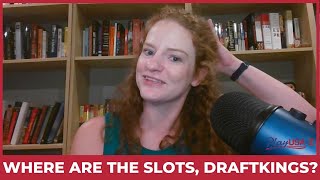 The new company, which is keeping the Caesars name, is the largest gaming operator in the United States. In terms of the Atlantic City casino market, there are now four casinos operating under the corporate umbrella:

There is a pending deal for the latter property with Rhode Island-based Twin River Worldwide Holdings. The sale and licensing approval is expected to close by the fourth quarter of 2020.

As far as the AC market goes, there are a number of conditions the new owners will need to meet. Here are a couple of them:

Eight of the nine Atlantic City casinos opened earlier this month, just before the Fourth of July holiday.

The market-leading Borgata, however, decided to take extra time, even pulling back from a previously scheduled July 6 reopening.

Well, after regrouping, the Marina District property will get back to business this weekend. The Borgata is hosting a soft opening for invited guests beginning today.

Melonie Johnson, president and COO of Borgata, shared an update via a press release.

“Following the governor’s directive to postpone indoor dining, we took a step back to reassess our reopening date to ensure we could give our guests the world-class experience they expect from us, safely,” Johnson said.

“When we reopen, Borgata will introduce new outdoor dining experiences, as well as a convenient takeout program from several of our fine and casual dining outlets. We appreciate our guests’ and employees’ patience and understanding and look forward to welcoming them back.”

The Race & Sports Book will be open for customers looking to take part in MLB betting.

Hard to believe, but NFL rookies are reporting to training camp this week. Unlike the other major pro sports that were forced to the sidelines due to the pandemic, football is sticking to its original calendar, so far.

Whether or not there will be preseason games remains up in the air.

DraftKings Sportsbook, however, is building up toward prime NFL betting season with its Pro Football Pick’em National Championship. And here is the best part: $1 million is guaranteed to the winner.

Here are the basics:

Resorts weighs in on AC’s future

So how are things going at Atlantic City’s oldest property?

Resorts Casino was one of five casinos to reopen on July 2. Well, once you get past the fact that this isn’t a typical summer at the Jersey Shore and all of the COVID-19 restrictions, they are about as good as can be expected.

Play NJ caught up with Mark Giannantonio, president and CEO of Resorts, for a status report. The conversation touched on what the crowds have been like.

“The consumers have been phenomenal, and I think they really appreciate all of these protocols. We are finding our loyal customers love Resorts, and they’ve come back and they are staying with us. Our occupancy has been strong and our room rates have been great, so it has been good.”

As far as Atlantic City’s ability to rebound after 100-plus days of closed doors? Giannantonio said: “I think it will all work out.”

The monthly figure came in at nearly $85 million, good enough for a 123.1% year-over-year increase.

As far as records go, the $84.9 million ranks No. 2. May 2020 ($85.9 million) remains in the top spot. And as far as individual winners go, Golden Nugget online casino and its partners were once again the leader of the pack with $29.1 million.

On the NJ sports betting side of things, the industry continues to work its way back to pre-pandemic levels. Operators took in $165 million in wagers for June. NJ sportsbook apps generated $12.6 million in revenue.

The Meadowlands Racetrack, which includes FanDuel Sportsbook and PointsBetNJ, led the field with more than $6 million.

July numbers are likely going to come in much higher with MLB and NBA teams back in action. And most retail sportsbooks will be open, too.

On the board at NJ sportsbooks

This week, one sport is likely going to attract the bulk of the handle.

That would of course be baseball. We aren’t talking about the futures market (even though there are plenty of wagering opportunities on the board). We’re talking about actual games.

The 60-game regular season gets underway for the majority of MLB clubs on Friday, but the official opening day is today.

There are plenty of opening day odds to sort through, plus a few bonus offers.

The Philadelphia Phillies are hosting the Florida Marlins at an empty Citizens Bank Park.

Aaron Nola will get the ball in the opener. DraftKings has the run line at Phillies -1.5 while the over/under is 8.5 runs.

But for bettors looking at the bigger picture, there is an option to wager whether or not the Phillies will make the playoffs.

Sounds like it’s time for bettors to play ball.